Arriving in Stockholm and the first task was to find and locate the map I needed to purchase for Skuleskogen National Park. The shop Kartbutiken (www.kartbutiken.se) proved a very useful store and indeed stocked maps of pretty much everywhere it seemed.

Next some outdoor supplies, I went to Naturkompaniet (www.naturkompaniet.se) The store had a very good selection of outdoor gear. I purchased a small bottle of gas and admired the huge Fjällräven range. 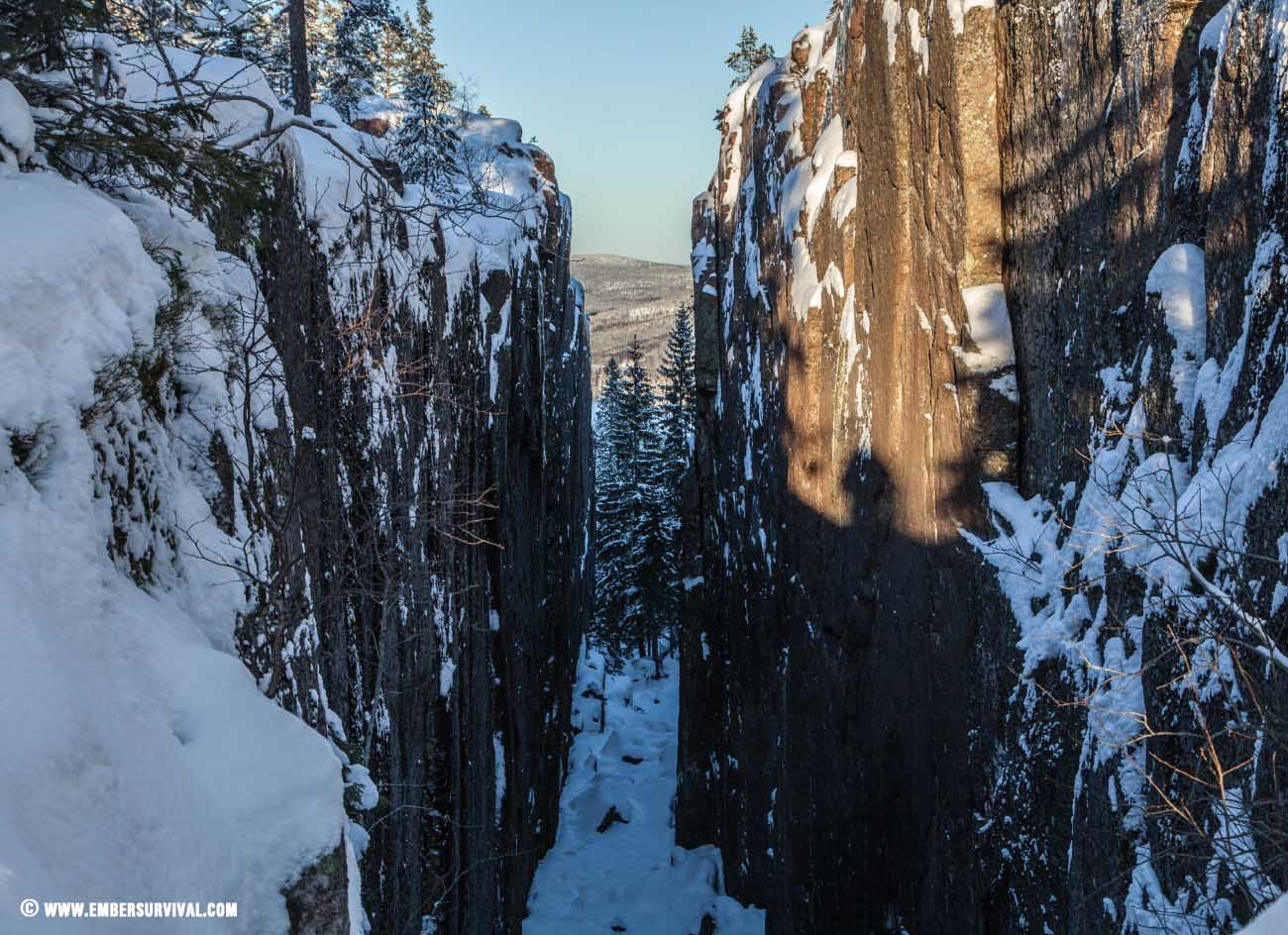 Stockholm proved a very hospitable area with a wealth of museums, restaurants and urban scenery that stimulated the brain and palate in all the right ways. However I had to turn my attention to catching the coach north towards Skuleskogen National Park. 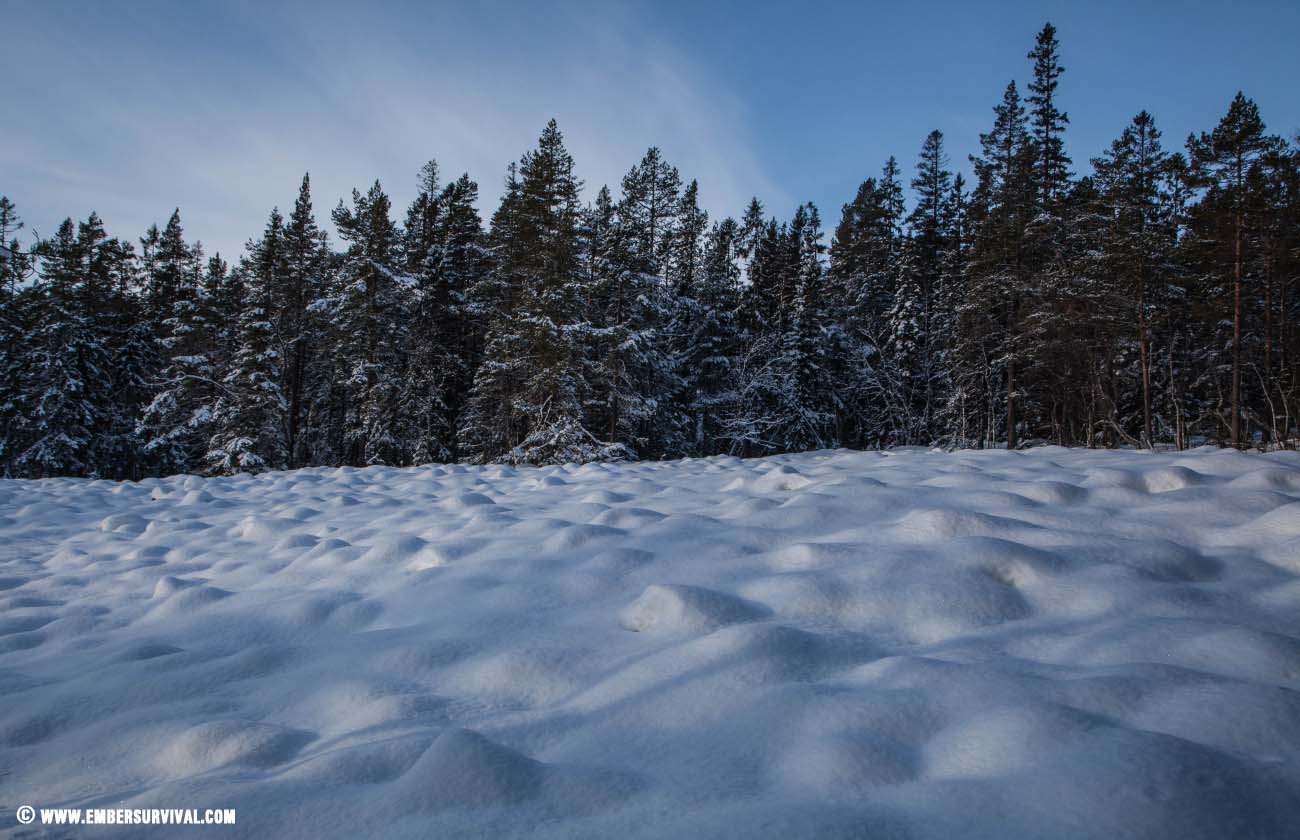 The 7-hour coach that would take me north departed Stockholm in the late evening which meant I would arrive in Docksta in the early morning hours. The snow began to fall as the coach pulled out of the stop and I wondered if there would perhaps be an issue with snow blocking the roads further along the journey.

“Docksta, Docksta!” the driver announced. I stepped off and out into the freezing cold from the warmth that had accompanied me the whole journey. It was a weird relief to finally be off the coach and thinking on my feet. 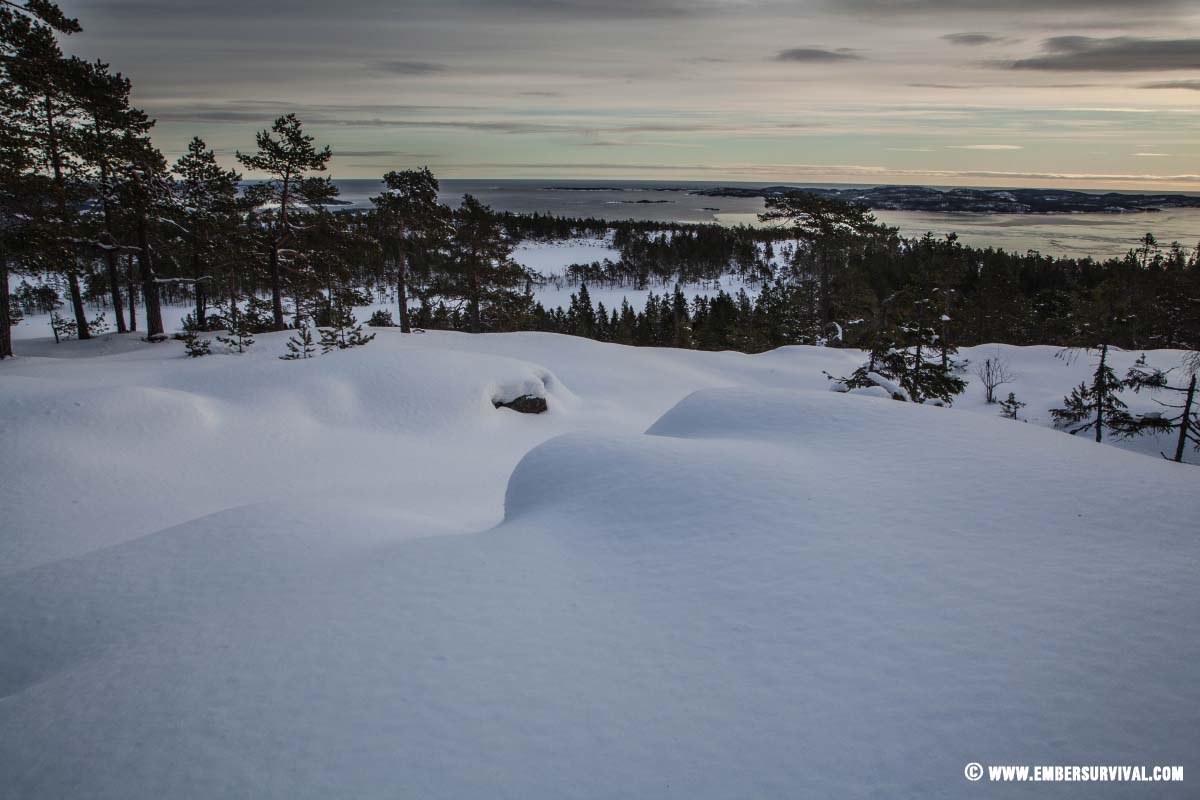 I looked at my watch, 2.45am. It starts here I thought as I started to walk towards Friluftsbyn (www.friluftsbyn.se). An outdoor activity centre situated on the outskirts of the national park. An ideal place to start your adventure in this area.

“The park is home to many species of mammal characteristic to northern Sweden, in particular the Eurasian lynx and the brown bear”. A week prior to this back in the UK whilst packing for the trip I had read this line in a description for the national park. Now stood looking at the path leading me into the area for myself this thought popped back into my head. So it was with some anticipation that I secured my snowshoes and set off into the forest. 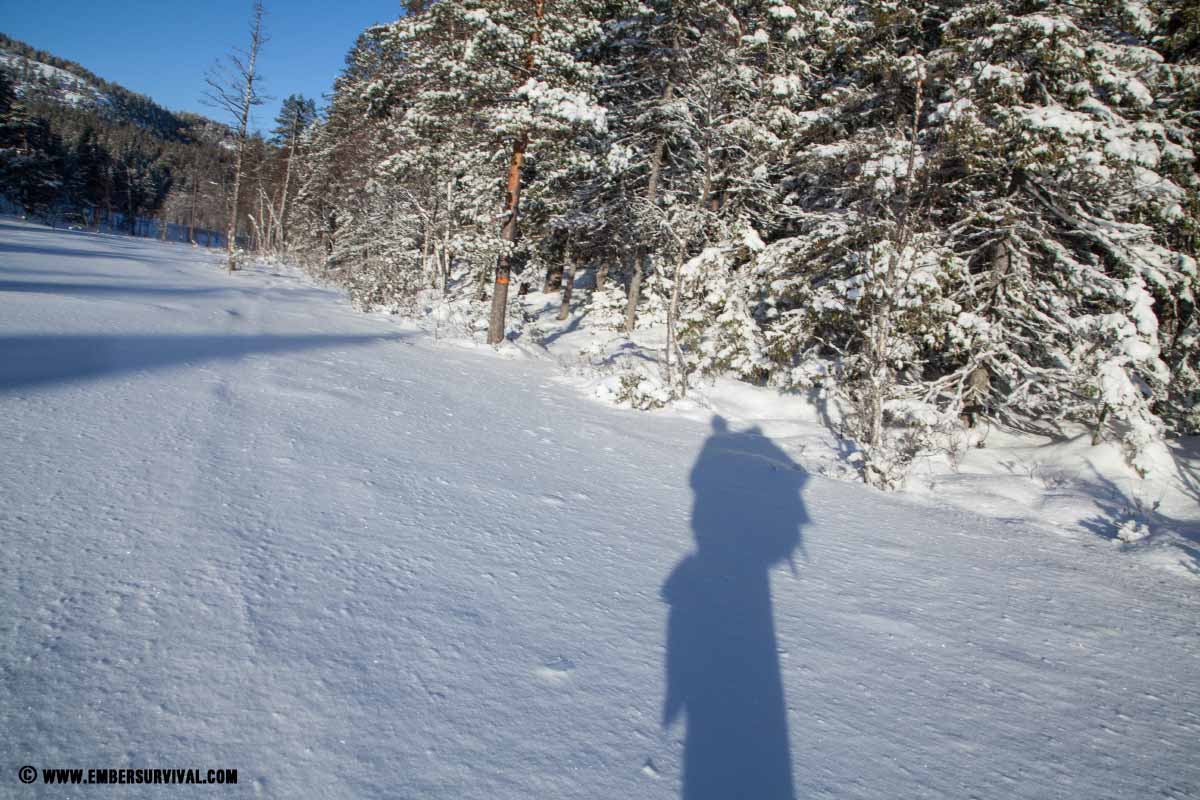 Almost immediately I stopped in my tracks and trying to focus my hearing the conclusion was backed up with evidence. I was standing in total silence. 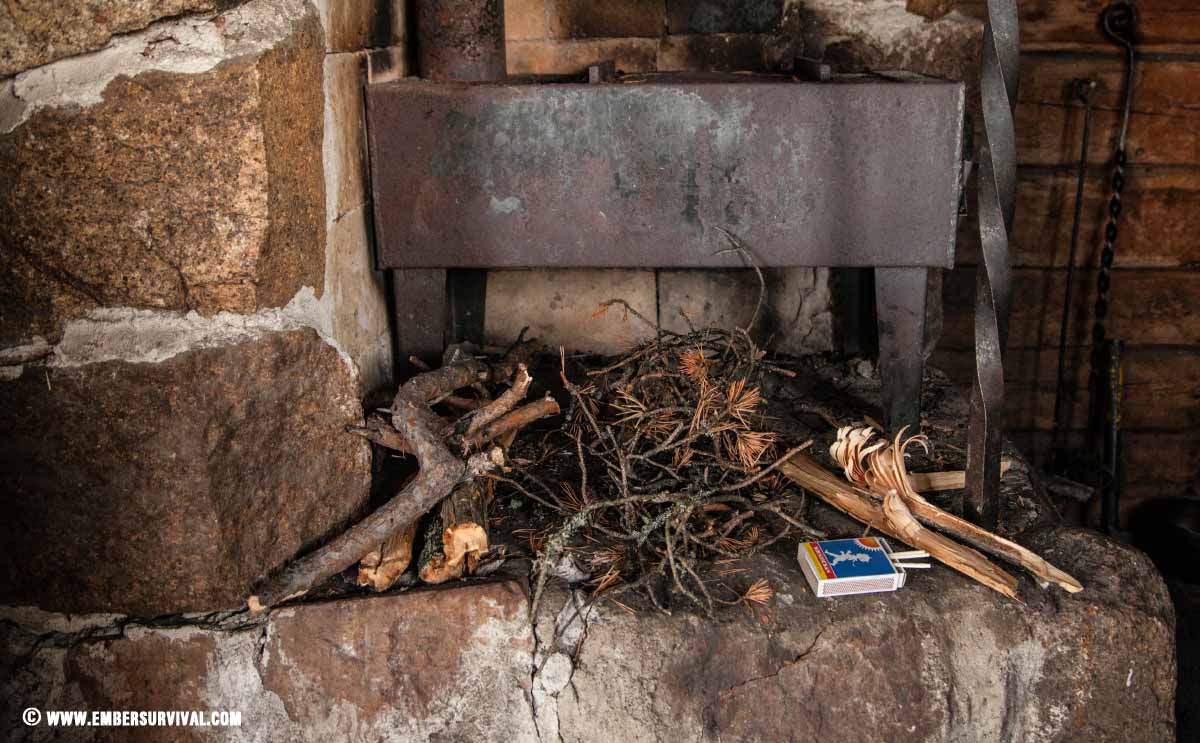 I wanted to see and walk through the deep crevasse of Slåttdalskrevan which is a highlight of the national park. The whole area is dominated with rough rocky peaks along with caves and ancient beaches which are now much higher than sea level. This is due to glacial rebound, 10,000 years ago the ice sheet that covered the area melted and as a result of that huge weight being lifted the ground is springing back up like a mattress when you get out of bed in the morning. The speed of that rising is stated as being 8mm per year. 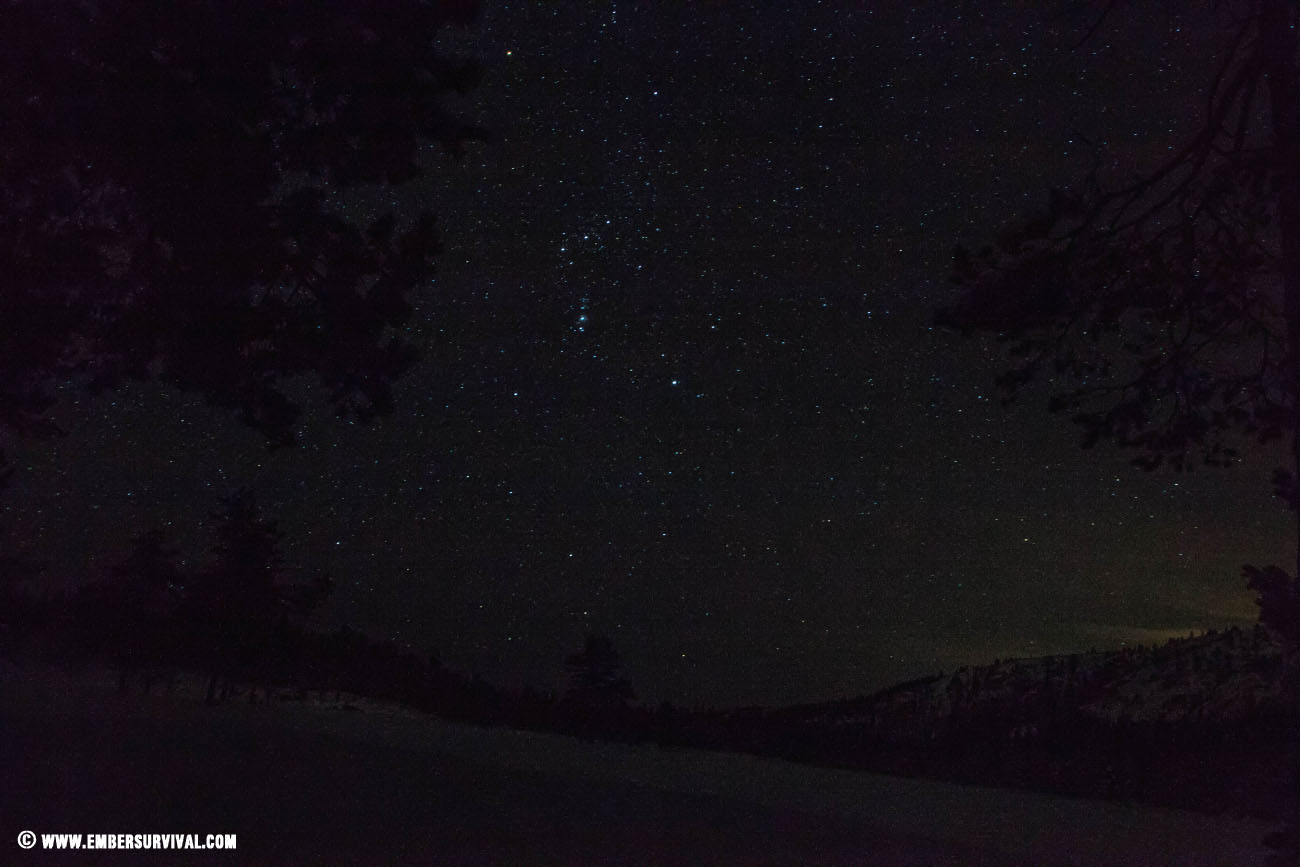 I hope you enjoy the photos from my solo trip. I feel compelled to describe the bits of kit that really worked for me but that will be in another article.