The Gerber LMF II Survival is at home in the toughest of situations. It has so many functions that could save your life it simply boggles the mind! This knife is actually a single bladed multitool! Gerber have managed to include so many different features into a single knife that it becomes equipped for almost any job. If you are venturing into the remote wilderness or just parts unknown then this may be the knife for you.

This is a ‘survival’ knife more than a pure bushcraft knife. Hang on, isn’t bushcraft all about surviving? Well, yes of course it is but it’s also about learning more about your surroundings and the subtle ways to get tasks completed. The Gerber LMF II Survival is not a subtle knife. Above all it's a tough design that wants to be used in a more urgent blunt manner. It’s blade has a fine and serrated edge, push tang construction and is very thick. 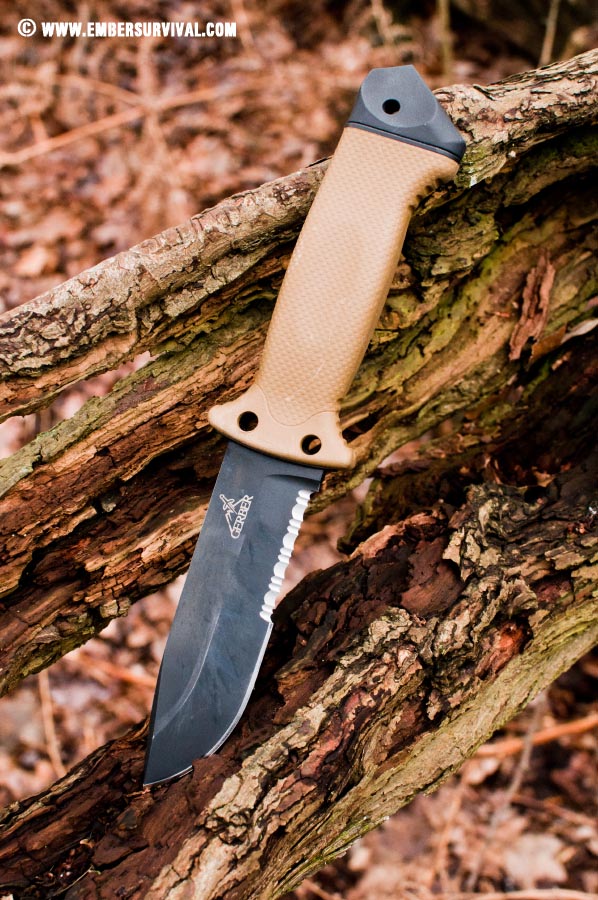 The Gerber LMF II Survival is less suited for parting natural fibres which are some of the most important tasks in bushcraft, such as feather sticking, delicate cutting or carving. On the other hand it’s not aiming to be a pure bushcraft knife. Instead it’s at home being put to a number of different uses, some of which we would never find in the world of bushcraft (such as breaking a glass window). Making feather sticks with the Gerber LMF II Survival is not an easy task as it has serrations next to the handle.

Gerber uses a low carbon content steel for the LMF II Survival which comes in around 0.05%-0.15%. This is so the knife can flex without breaking which makes it a very tough knife. However it will lose its edge quickly so good thing there’s an inbuilt sharpener on the sheath! If you wanted to sharpen the serrations then you would have to bring another rod sharpener for that part of the blade. 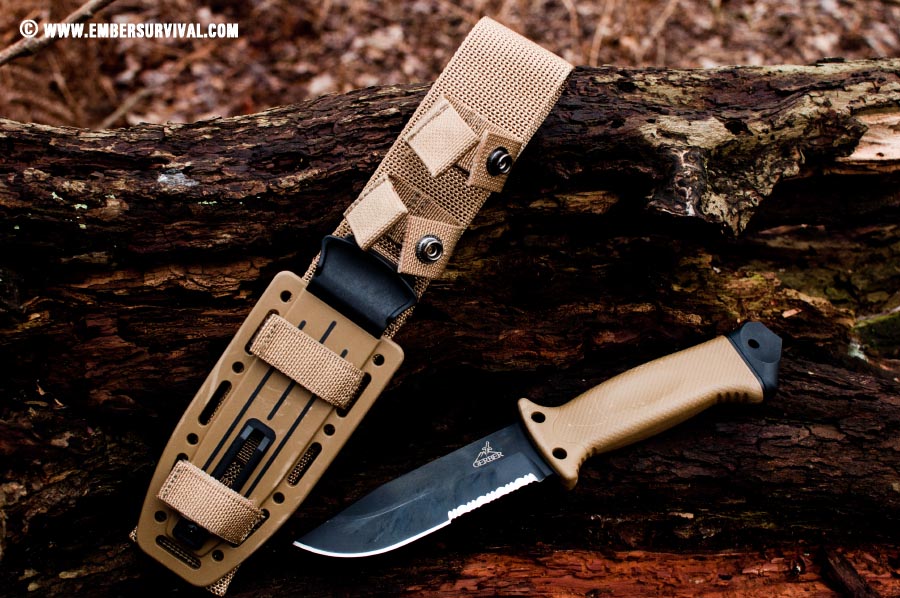 The Gerber LMF II Survival is very tough and can be applied for a very wide range of tasks. It is not a bushcraft knife but more of a multifunctional survival knife. Everything in the outdoor world is ‘fit for purpose’ and the purpose here is to be a jack of all trades, which it excels at. I would like to see a larger palm swell on the handle and if you know you’re going to be making feather sticks all the time, go for something else.
I would recommend the knife for anyone looking for a ‘survival knife’. Its quality and rugged nature are very easy to see from as soon as you open the packet. The knife can make the best of a bad situation almost anywhere.
- Sunny