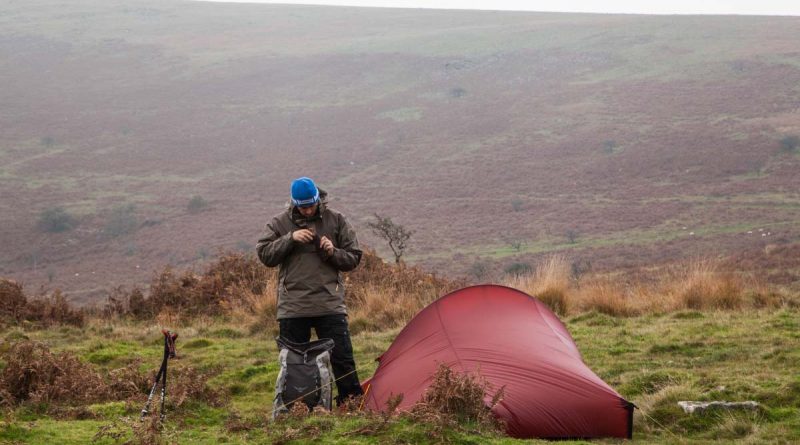 As someone who spends a lot of time reading reviews, comparing specs and inspecting products I usually have pretty high expectations when I finally pull the trigger and make a purchase. It is exceptionally rare that I find something that exceeds my expectations as thoroughly as the Nordisk Telemark 2 LW.

After my 2kg Terra Nova was ‘half-inched’ from Okehampton Army camp in 2015 I decided it was time to purchase something really light. I figured that I could use it on all of my solo trips and buy something else bigger and stronger for worsened conditions and also when sharing a tent with others.

18 months on and it’s still my only tent. Not only have I found it large enough for my girlfriend and I to sleep in relative comfort. I’ve also tested the wind and waterproofing in some of the worst conditions I’ve ever camped in. Add that to the positively minuscule packsize and featherlight weight, it’s hard to want anything else.

Alright so let’s look at the Nordisk Telemark 2 LW . Most importantly it is exceptionally light. The 2 man LW model I have is 950gr and the is heaviest in the range, with the 1 man ULW coming in at a scale defying 770g. The pack size is a microscopic 12x41cm and this makes it about the size of a Jetboil Flash.

The flysheet is 10D sil-nylon, as you would expect of the £480 RRP, and while it’s only got 2000mm hydrostatic head I’ve found it to reliably watertight and it has lasted well so far. The funny thing with sil-nylon fabrics is even though on paper the hydrostatic head is lower than some polyurethane options it actually outperforms them as the silicon coating resists saturation so well. In the mornings its so easy to simply shake off the water drops as it has not been allowed to soak into the fabric. Another plus side of this is the weight is maintained as it does not take on extra water and therefore weight.

The floor fabric is still light but a tougher fabric with 8000mm head and even once I remember pitching it in what was effectively a puddle it didn’t seem to let anything in. I picked the LW model which comes with some rather nice DAC Featherlite aluminum poles of the hydroformed variety. If you’re feeling flush you can spring for the ULW model with carbon fibre pole, for a weight saving of around 70g.

When it comes to pitching, the Nordisk Telemark 2 LW is a dream. Pitching as one, you slide in the single pole which fits easily, then peg four corner guys. The included pegs are aluminium Y pegs, which seems short but provide excellent holding power. A minor gripe is that only 4 are included, I recommend at least 6 in case of bad weather. With these four corners in place they are simple to pull tight with a very simple adjuster. Between this and a bit of light fettling it is very easy to get the tent taut. I find this much easier than the single end pole of the Laser Comp/Zephyros/Vango Zenith type design and slightly easier but not as strong as the end of an Hilleberg Akto. 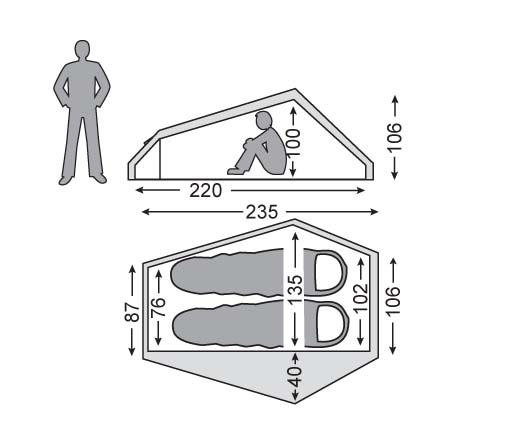 The Nordisk Telemark 2 LW is rated for winds of 17.5m/s which is almost 40mph or a “moderate gale”. I’ve lay awake in some of the worst winds I’ve ever camped in and found this tent performs well beyond it’s light weight would suggest. Pegged into a bare scrape of dirt over an old miners trail whilst the wind and rain pounded the tent. My girlfriend and I lay awake for a horrifying night in Brecon earlier this year and whilst the tent was buffeted plenty it didn’t give an inch.

I added side guylines to mine with some accessory cord. This beefed it up before the aforementioned trip and I suggest you do the same. It’s a little cheeky of Nordisk not to include these but they were really going for every weight saving they could manage.

Condensation can also be an issue, but no more than any other well sealed small tent, make sure to vent well when you can or just suffer the damp in terrible weather, the seperation between inner and fly is good enough to get by. If you need to you can adjust the divide between inner and porch, useful if a solo traveller.

Finally, forget the Nordisk spiel about being able to make the door into a tarp. In theory you can remove the corner poles and use them to prop the door up. I’ve never used this feature. It’s a pain in the backside to go round outside and pluck out the corner poles. Messing up the shape and structure of the tent. I’ve since used a couple of spare bits to make a pole for that express purpose. Until fine enough weather to use it I won’t know how much I can be bothered with the extra weight.

All in all it should be pretty clear I love this tent. Aside from a couple of very minor complaints that I was already aware of it has performed beyond it’s remit. Anyone looking for a lightweight 3-4 season tent would be hard pressed to find something better.