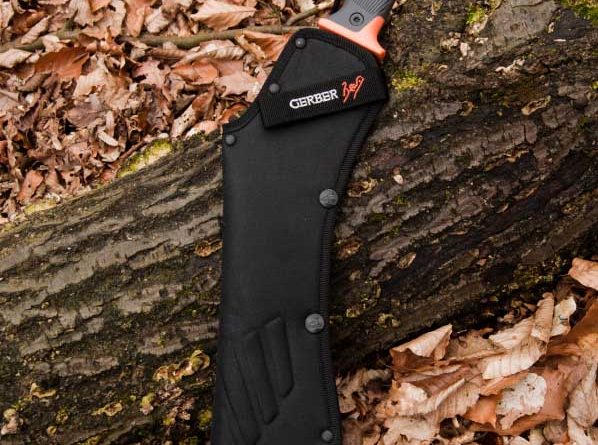 Sadly the world is full of shoddy gear and this is another example. Big, slightly temperamental, grey and orange with a large ego. It could only be Bear Grylls and his new range. The Bear Grylls Parang looked promising but when I got my hands on it I was instantly disappointed.

Machetes and parangs are very dangerous tools as their cutting edge is so long. Above all you mostly use them in sweeping cuts using the weight of the tool to gain power in each cut. It is this mechanical advantage that makes larger bladed tools such as machetes so useful in the woods.

It is therefore vital that along with good technique the long cutting edge is kept secured and safe when not in use. This would be the job of a good sheath. I feel the Bear Grylls Parang falls down immediately here by supplying a poor amateurish sheath to its customers.

The only sure way to stop a sharp edge cutting through a fabric is to have metal studs running through at regular intervals, now this sheath has those studs but only for the tip section and not for the main cutting edge. This is basically a joke in my opinion. Another way to protect a cutting edge is with the use of a welt which is also not present on this sheath.

The balance of the Bear Grylls Parang is completely off and the blades top heaviness is not controlled by the weight of the handle. Talking of which the handle has a very good grip in the dry but in the wet the rubber feels rather slippery. The inclusion of a lanyard hole makes a lot of difference too and adds to the safety when in use*.

The blade itself has a large bevel leading into a micro bevel (compound bevel). Allowing the blade to have a long life in terms of edge retention and standing up to knocks. However it is not as sharp as I would have wanted and it required some attention to get it razor sharp out the box. This is important as it’s a big piece of gear to be using so you want it to be as efficient as possible, which means being as sharp as possible.

The spine of the blade lets you strike a fire steel. 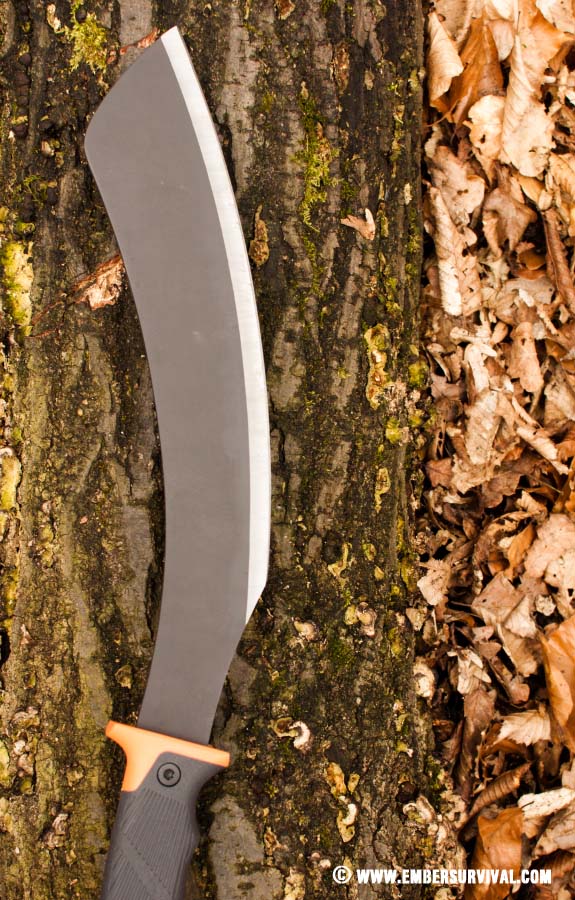 *In discussion with Ed Axby my fellow instructor we concluded a front lanyard would be better to not restrict movement in building up a good throwing action.